The models can be rotated and examined interactively or the camera movement can be scripted to create animations. The user can also create a cinematic depth of field post-processing effect to direct the user’s focus to important regions in the figure. The 3D models can also be exported to a 3D-printable format with a built-in STL export function.

Rayshader also has three functions to detect and add water to maps:

Also included are two functions to add additional effects and information to your 3D visualizations:

And four functions to display and save your visualizations:

All of these functions are designed to be used with the magrittr pipe %>%.

Rayshader can be used for two purposes: both creating hillshaded maps and 3D data visualizations plots. First, let’s look at rayshader’s mapping capabilities. For the latter, scroll below. 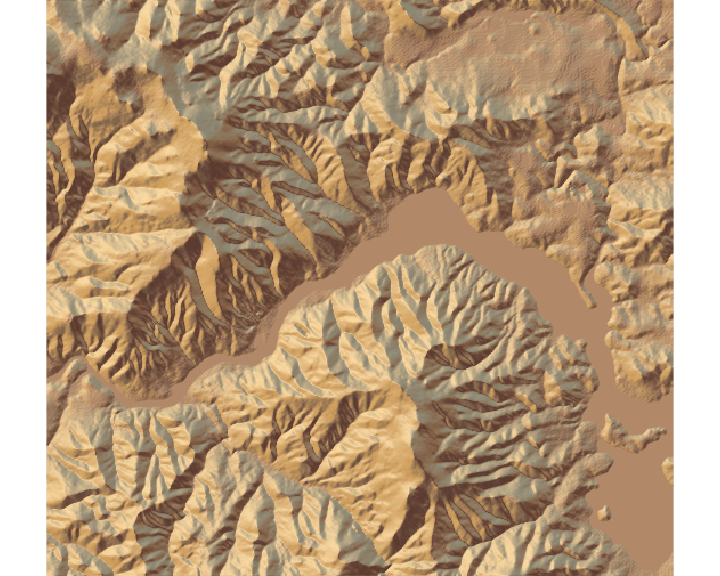 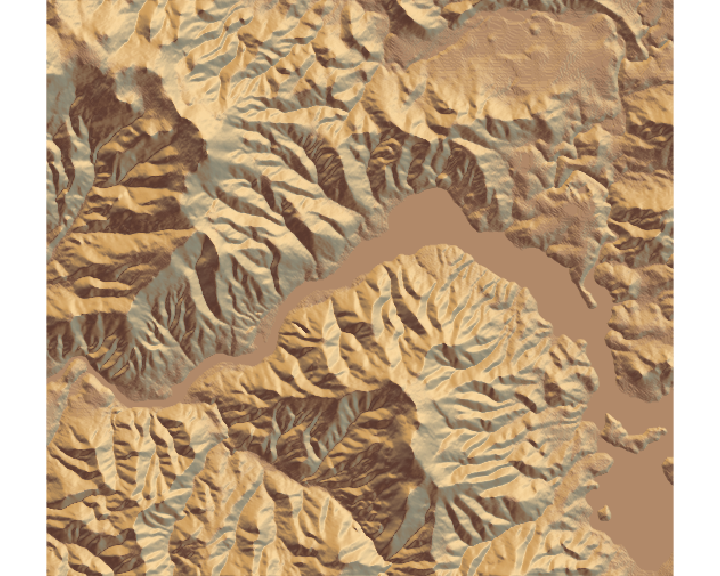 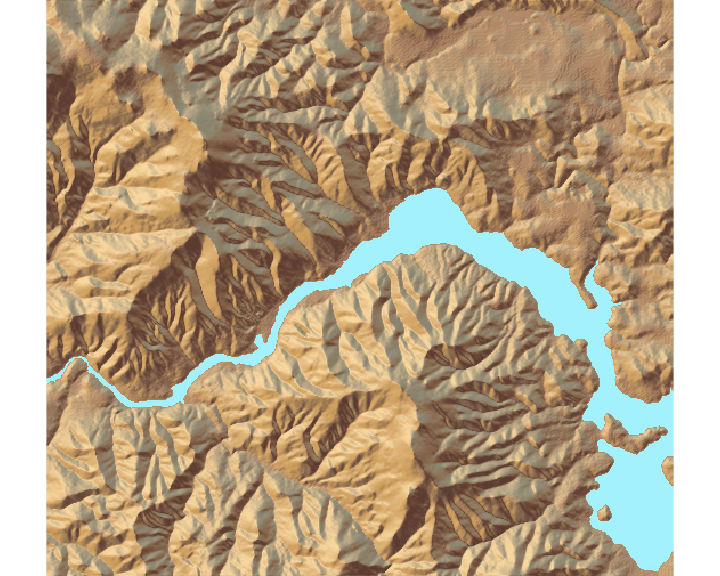 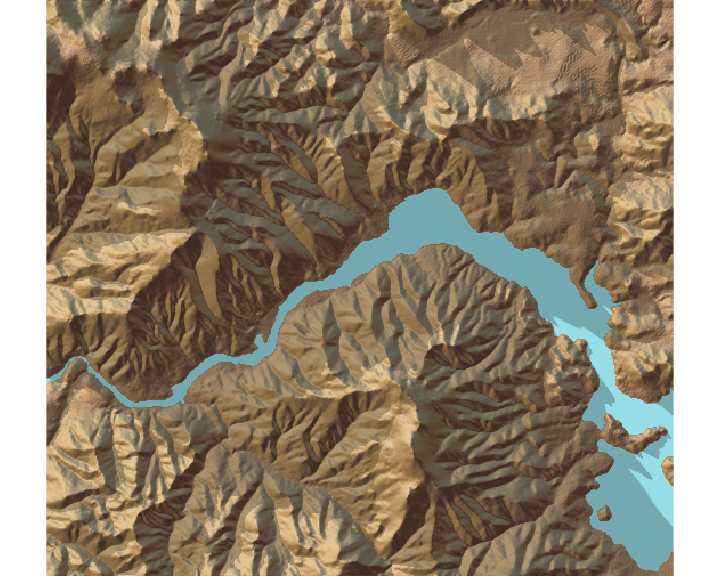 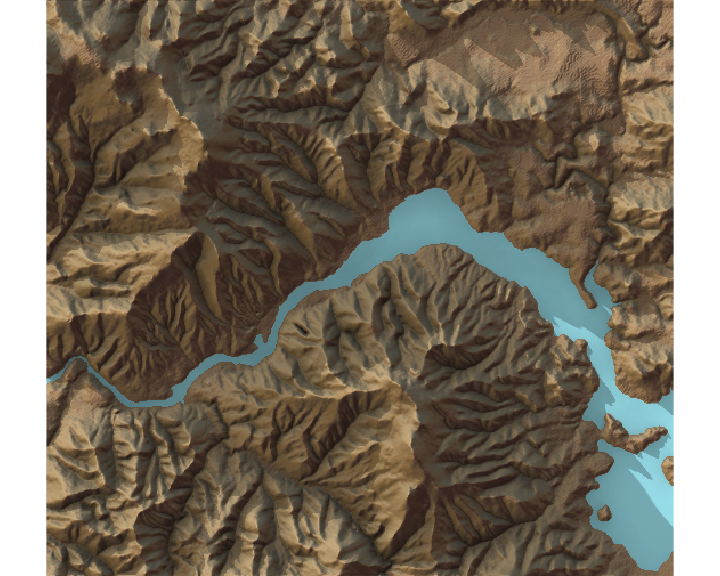 Rayshader also supports 3D mapping by passing a texture map (either external or one produced by rayshader) into the plot_3d function. 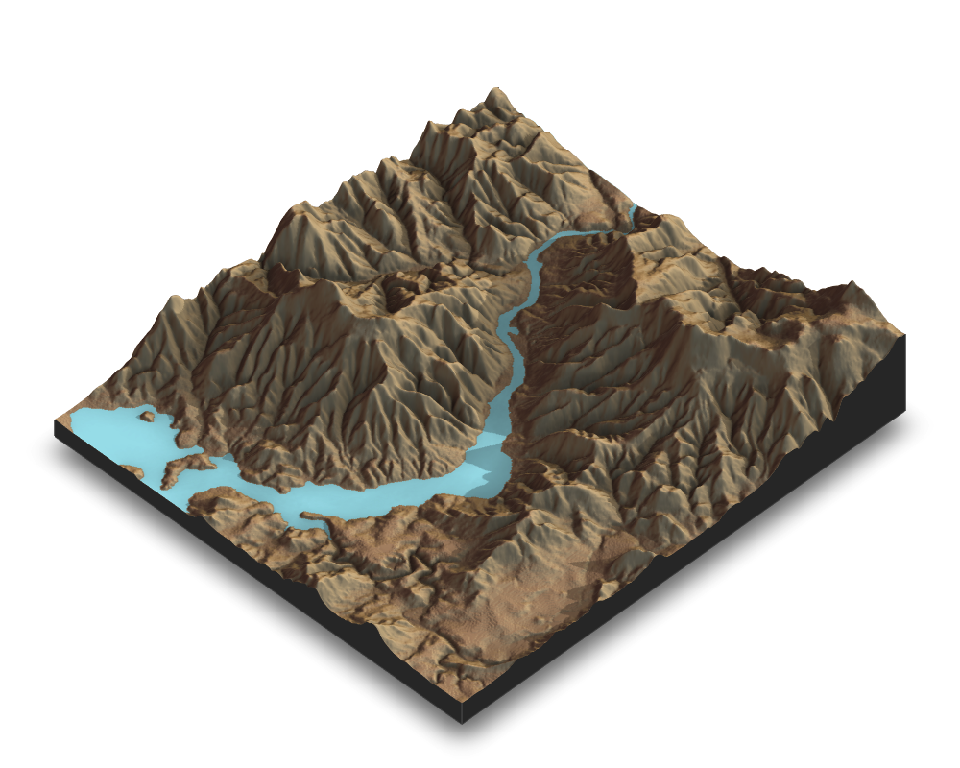 You can also render using the built-in pathtracer, powered by rayrender. Simply replace render_snapshot() with render_highquality(). When render_highquality() is called, there’s no need to pre-compute the shadows with any of the _shade() functions, so we remove those: 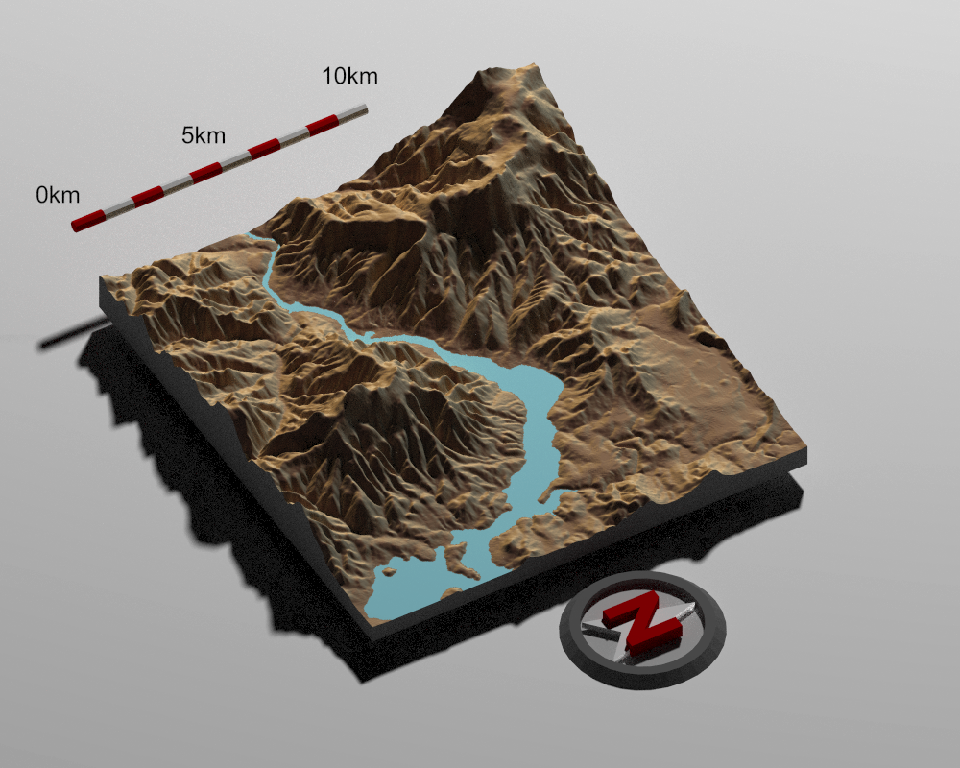 You can also easily add a water layer by setting water = TRUE in plot_3d() (and setting waterdepth if the water level is not 0), or by using the function render_water() after the 3D map has been rendered. You can customize the appearance and transparancy of the water layer via function arguments. Here’s an example using bathymetric/topographic data of Monterey Bay, CA (included with rayshader): 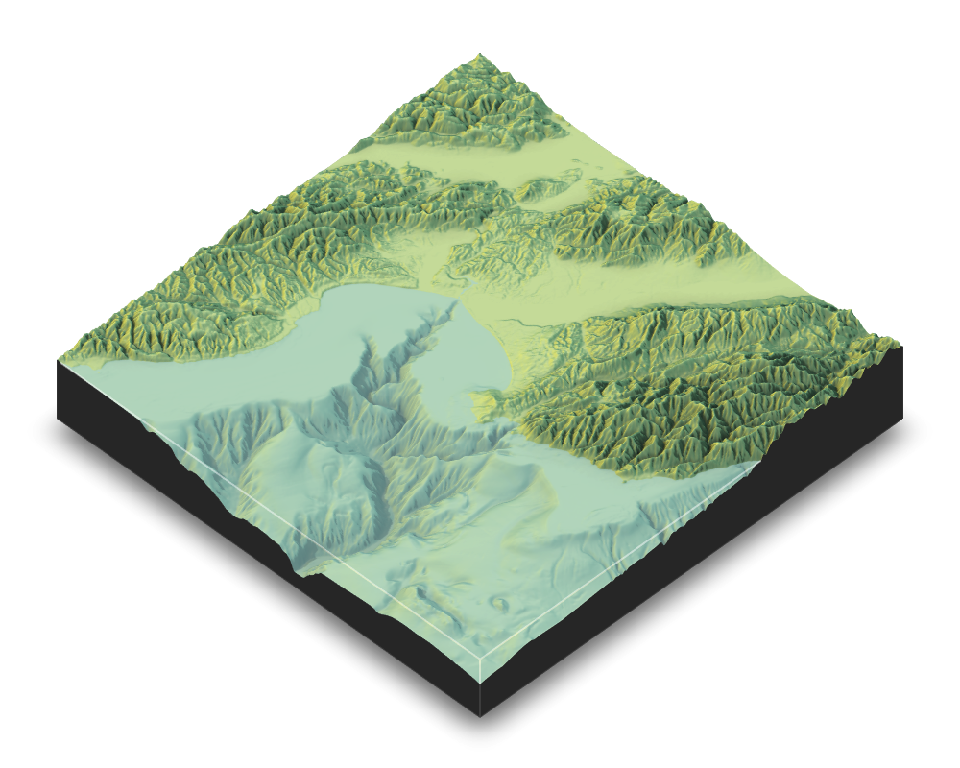 Water is also supported in render_highquality(). 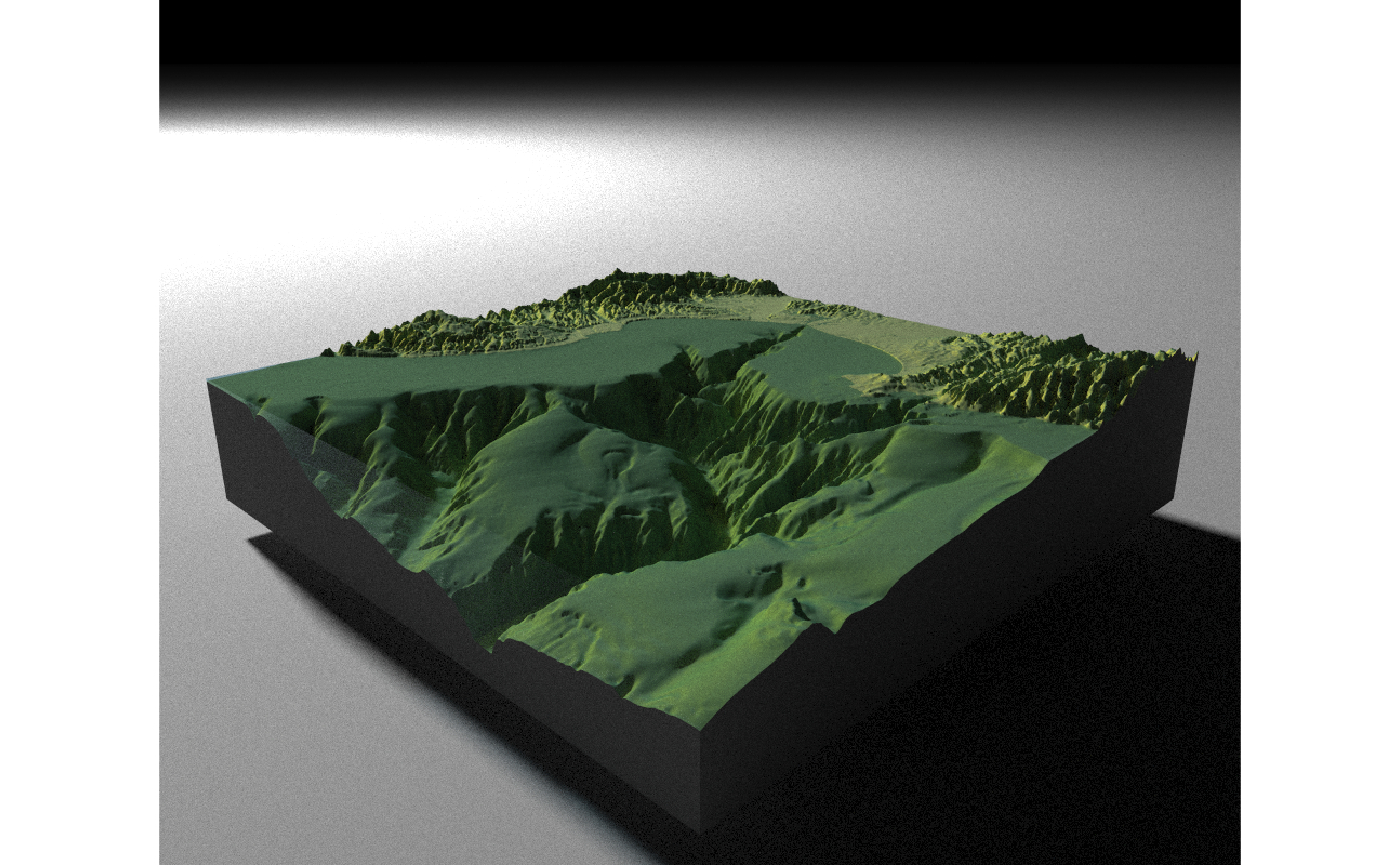 Rayshader also has map shapes other than rectangular included c("hex", "circle"), and you can customize the map into any shape you want by setting the areas you do not want to display to NA.

Adding text labels is done with the render_label() function, which also allows you to customize the line type, color, and size along with the font: 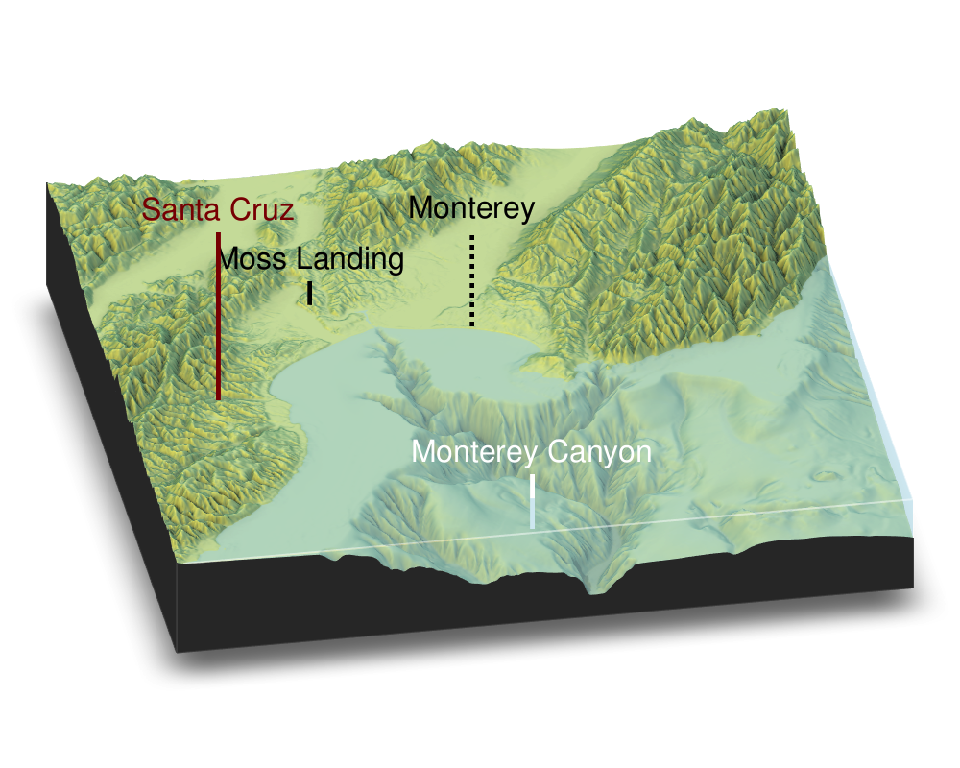 You can also apply a post-processing effect to the 3D maps to render maps with depth of field with the render_depth() function: 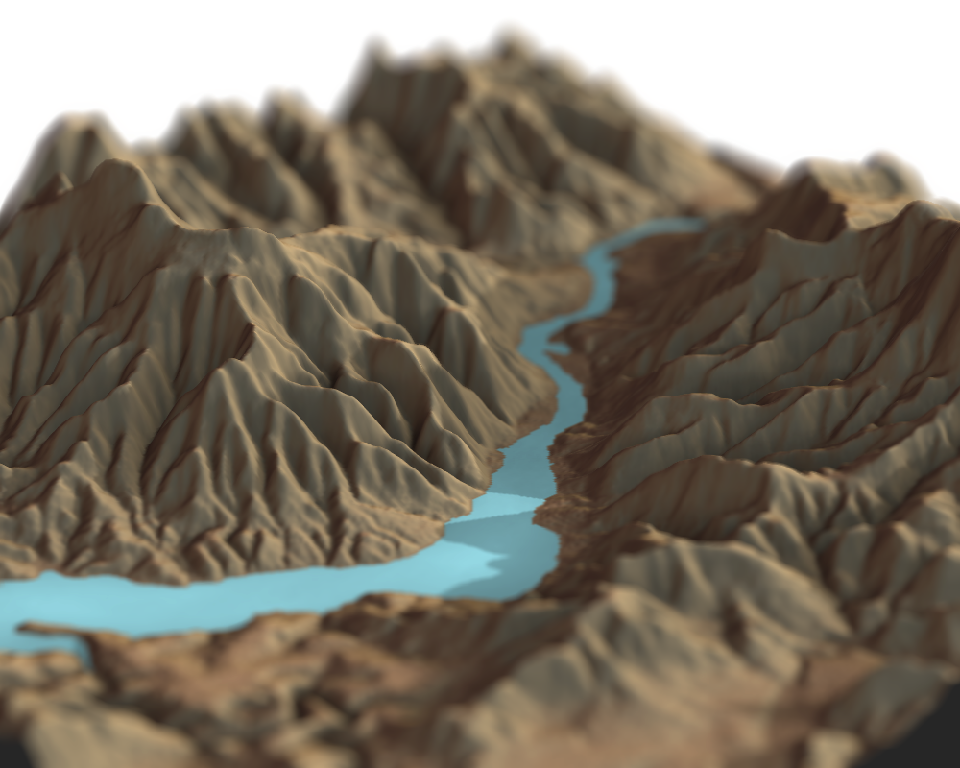 3D plotting with rayshader and ggplot2

Rayshader can also be used to make 3D plots out of ggplot2 objects using the plot_gg() function. Here, I turn a color density plot into a 3D density plot. plot_gg() detects that the user mapped the fill aesthetic to color and uses that information to project the figure into 3D. 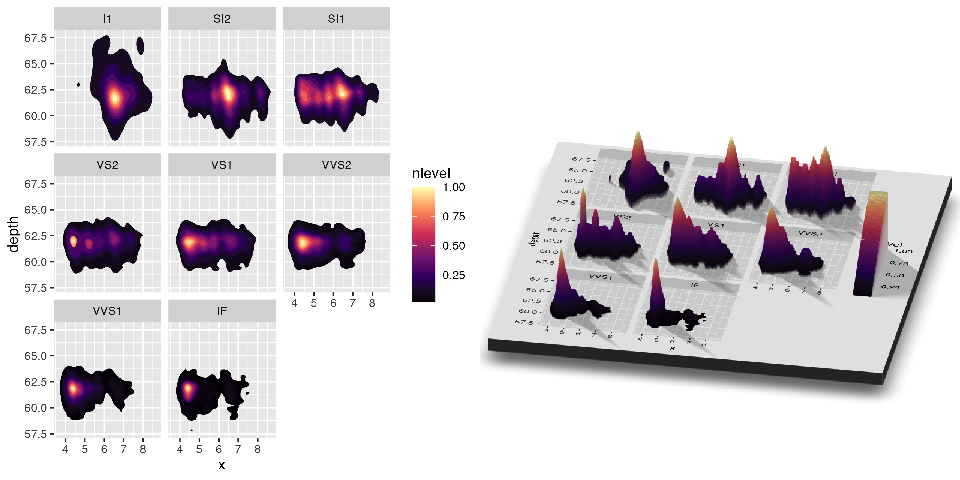 Rayshader will automatically ignore lines and other elements that should not be mapped to 3D. Here’s a contour plot of the volcano dataset. 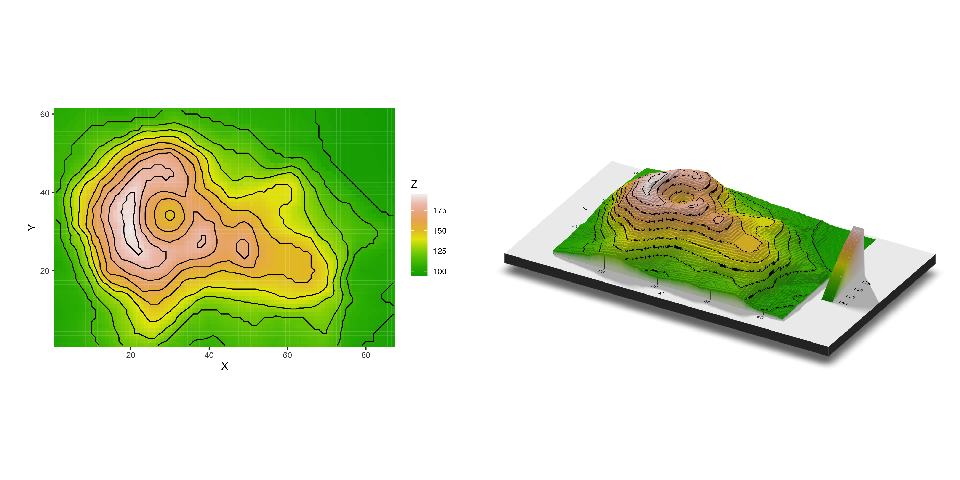 Rayshader also detects when the user passes the color aesthetic, and maps those values to 3D. If both color and fill are passed, however, rayshader will default to fill. 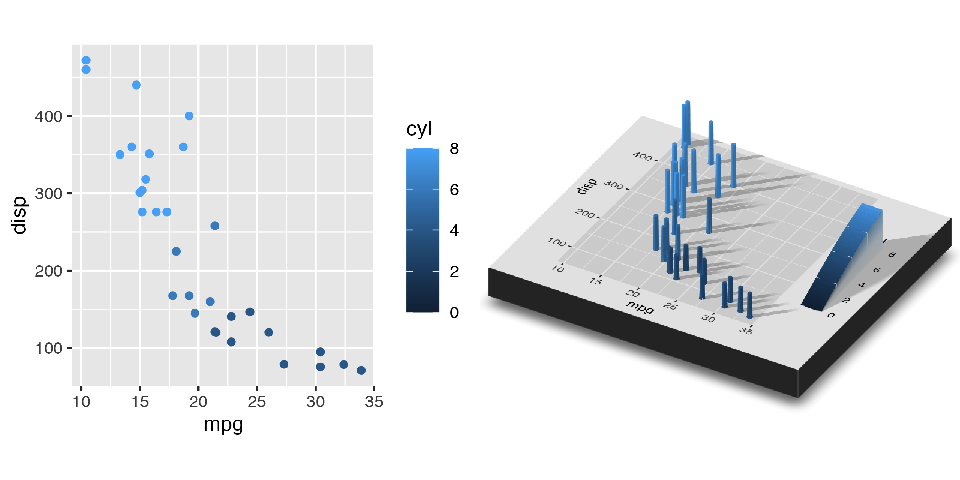 Utilize combinations of line color and fill to create different effects. Here is a terraced hexbin plot, created by mapping the line colors of the hexagons to black. 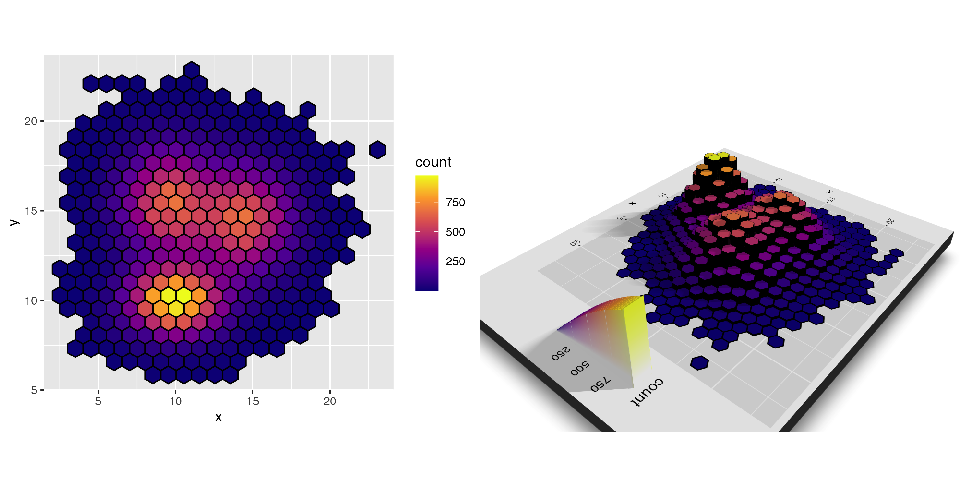 You can also use the render_depth() function to direct the viewer’s focus to a important areas in the figure. 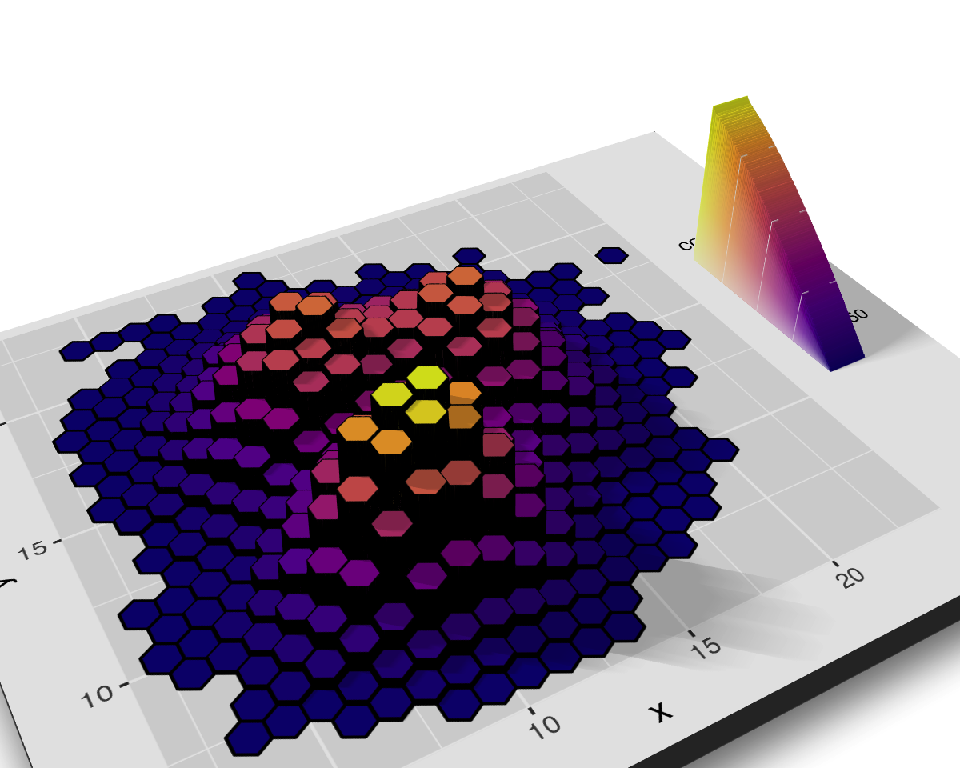